How did she become an engineer with only two plush toys? 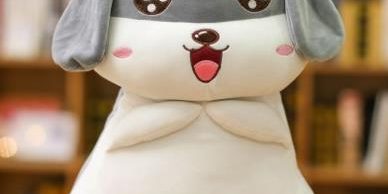 Saura Naderi is a staff member of Qualcomm, mainly as a government affairs analyst. Not only that, but she is also the chief engineer and designer of Qualcomm’s Thinkabit Lab. She is a well-deserved goddess.
Saura Naderi recalls that the earliest contact with technology was to play a teddy bear and a toy worm that could move and tell stories. At the age of four, Saura tried to put a tape cassette on the back of the two toys, pushing them one by one, and letting their mouths open and talk to each other. As for this young game, Saura will now feel very interesting when she thinks back. When she gets empty, she will come up with a video of two toy conversations at the time.
Saura’s father is an electrical engineer, although she never felt that she had any enlightenment in engineering. In Saura’s opinion, his father always likes to use his or her professional terminology to describe his own work, which makes people confused. But even so, Saura is full of curiosity about the work of engineers. Everything seems to be doomed in the dark. At school, physics was one of Saura’s favorite courses, and she was curious about this unknown area.
During the university, Saura majored in business. Saura is more addicted to math and physics than his own profession. In Saura’s opinion, she wants to be an engineer rather than a businessman. In fact, Saura did exactly that — she chose to switch to a major. When she really got into the professional course of engineering, everything was new. Saura seemed to discover the New World. It was almost a moment, she fell in love with engineering.
After graduating from college, Saura opened her own lab at the University of California, San Diego (UCSD), called “myLab.” The establishment of this laboratory has allowed many undergraduates at the school to gain more practical experience, rather than talking on paper in the class all day. Later, Saura brought this idea to Qualcomm and Thinkabit Labs (Children’s Technology Lab), which achieved remarkable results and opened the door for thousands of children.
At Thinkabit, Saura’s main role as a technical instructor is to inspire children’s passion for research. At the same time, because Saura is the designer of the laboratory, she also needs to create an environment that allows children to study with peace of mind but not lack of vitality. This is not only for the middle school students but also for those who work hard. Employees, Saura hopes that everyone can work and learn comfortably in the environment they create, and then work together to overcome various technical challenges.
One year, Saura participated in a horse race in Del Mar, California. Inspired by the hat contest at the opening ceremony, Saura thought of Thinkabit’s robot hat project. She imagined that a hat with a laser sensor was placed in the center of the horse’s ring, and the rider could ride around the edge of the horse. However, this idea was not realized in the end for various reasons.
In the second year after that, Saura once again mentioned the project and published a related article. At first, Saura first asked a group of students to enter her lab at UCSD to see the prototype of the hat. The students agreed that the idea of ​​the hat was cool. Then Saura invited them to do the robot hat program, and Saura was pleasantly surprised that these children were very enthusiastic. After that, Saura was responsible for proposing ideas, and these students worked with Saura to develop robotic hat programming. After several years of trial and error, the hat was finally formed, and in the following seven or eight years, they created about 300 such hats. In this regard, Saura feels incredible every time she thinks. When she is free, she will also set aside some time to appreciate what the children have created. This is her pleasure and her motivation.
In addition to his work at Qualcomm, Saura works closely with San Diego’s education and community organizations to develop programs that give local high school students the opportunity to participate in STEM-focused projects. In 2011, she gave a speech at TEDx San Diego to share her work experience and her passion for diversity in the STEM field. In 2013, she was named one of the “Top Ten UCSD Annual Demonstration Employees” and received the Education Athena Stone Summit Award.
In any case, Saura always believes that engineering is just a tool that anyone can use, not just super geniuses. Every day, a variety of applications are developed, and the programs are not as complex as possible. As an engineer who develops a program, once there is no such pressure and burden on the mind, the creativity in the brain will spew out like a spring, which is extremely important for an engineer.
Maybe you are curious about a novelty at the moment, you want to explore but you can’t find a suitable way to decide. Bro, take it easy~ What you need to do is to keep this curiosity, and then start from the smallest thing step by step according to your own planning, not sticking to the rules, not arrogant, but always moving forward.