Christmas is also known as Christmas, translated as “Christian Mass”, which originated from the ancient Romans to celebrate the New Year’s Saturnalia, and has nothing to do with Christianity. After Christianity prevailed in the Roman Empire, the Holy See gradually circulated this folk festival into the Christian system while celebrating the birth of Jesus. But this is not the birth of Jesus on Christmas Day, because the Bible does not record the specific day when Jesus was born, nor did he mention such a festival. It is the result of Christian absorption of ancient Roman mythology.
Most Catholic churches will hold the Midnight Mass on Christmas Eve on December 24, the early morning of December 25, while some Christian churches will hold good news and then celebrate Christmas on December 25; Christianity A big branch – the Christmas celebration of the Orthodox Church is on January 7 of each year. 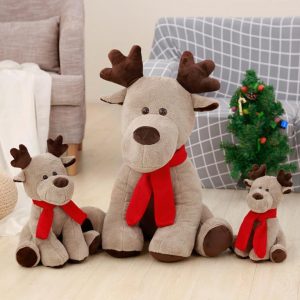 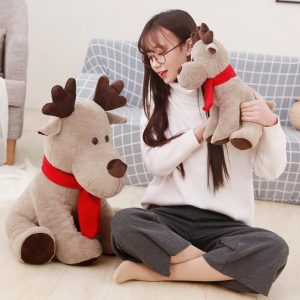 Christmas cards are popular in the United States and Europe, and many families bring annual family photos or family news with greeting cards, and news generally includes the strengths of family members over the past year. On Christmas Day, I pointed out that the idea of a worldly world is only achieved through words and deeds of peace and love. Sending a Christmas card, in addition to celebrating the joy of Christmas, is to bless the family and friends, to remember the feelings. Especially for relatives and friends in loneliness, it is more cordial care and comfort.

The earliest was a pair of red big socks, the size is not limited. Because Christmas stockings are used to hold gifts, they are the favorite things for children. In the evening, they will hang their socks on the bedside and wait for the next morning to receive gifts.

The Christmas tree is one of the most famous traditions of Christmas celebrations. Usually, an evergreen plant such as a pine tree is put into the house or outdoors outside Christmas, and decorated with Christmas lights and colored decorations. And put an angel or star on top of the tree.
An evergreen tree decorated with eucalyptus or pine trees with lights and decorations as part of a Christmas celebration. The Christmas tree originated in Germany. A long time ago, the Roman pagans used the branches of evergreen trees to decorate the house, meaning the life cycle after the cold winter. In the 16th century, the Germans began to decorate the evergreen trees at home. By the end of the 19th century, European immigrants brought Christmas trees into the American colonies and gradually spread around the world. On December 24th each year, the Germans placed a banyan tree (the tree of the Garden of Eden) at home and hanged thin biscuits on it, symbolizing the holy cake (mark of Christian atonement). In modern times, various cookies were used instead of holy cakes, and candles that symbolize Christ were often added. In addition, there is a Christmas tower in the interior, which is a wooden triangular structure with many small grids of statues of Christ, with the evergreen branches, candles, and a star. By the 16th century, the Christmas Tower and the Eden Tree were merged into a Christmas tree. What tree is the Christmas tree? In fact, as long as it is a coniferous, evergreen, tree-shaped tree, it can be used as a Christmas tree.

The Christmas window is also beautiful scenery in Melbourne. Every year before the Christmas season, the shop window designer will use his brains to make the theme of this Christmas come to life, and will never coincide with the style of previous years. A place where you are willing to bring your children.

Ornaments for hanging in the doorway during Christmas in the West, usually with green foliage or rattan (song, pine needles, etc.) and silver metal and gold bells with red ribbons to form the main color green, white and yellow. Red represents joyful celebration with MERRY CHRISTMAS or abbreviated as X’ mas
The Christmas ring first appeared in Finland. 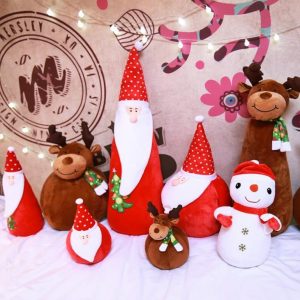 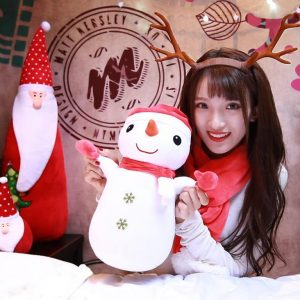 Christmas stuffed animals are soft and cute, not only can be used as toys for children, but also to decorate the home, so if you want to buy, you can contact us by email.