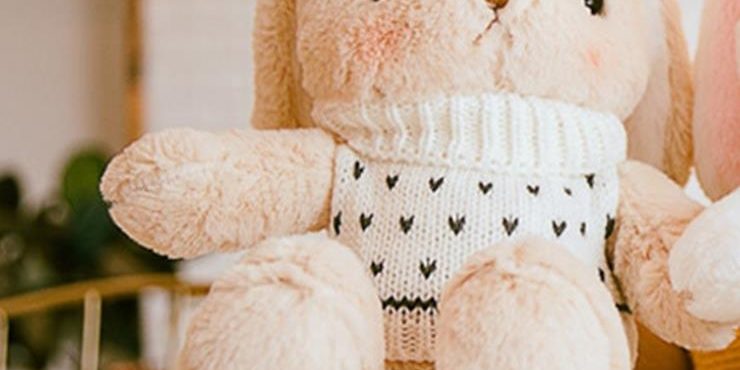 1. The cloth toys produced are all made up of planes and three-dimensional. Probable process: the image of the plane → the imaginary three-dimensional transformation into the plane concept of different side doors → each side is shaped into a flat cardboard, that is, a piece of cardboard → cut into a piece of cloth according to the cardboard, at this point, the planarization work is basically finished. The cloth pieces are stitched by needle sewing so that the flat pieces are folded, and they are spliced, forcedly deformed, folded, bent, turned from a plane to a three-dimensional shape, and then turned into a shaped skin, and then turned over. Through filling, manual needle fixing, and then finishing beauty. At this point, the planarization is completely three-dimensional.
The plane to the three-dimensional process is a complicated work, such as playing magic, very hard, but also has the joy of success. The production of the velvet toy itself is not only a regulation of the shape of the fabric, but also includes various craftsmanship techniques used.
2. Symmetry is very important. Symmetry is present in many organisms, and symmetry in various industries derived is also essential. When designing toys, the designer intentionally or unintentionally uses the principle of symmetry. Even if it is dynamic and twisted into an asymmetrical state, it can be changed slightly on the basis of symmetry.
3. Simple approximation In this way, the number of pieces is greatly reduced, the production of cutting molds is reduced, the material is saved, the workload is reduced, and the rate is increased. That is to say, in the case of negligible effect difference, because of your simple approximation design, your design finished product is easier to make, more competitive, and easier to convert into goods. Be aware that design that has not been transformed into a commodity is a failure! four),
4. Aesthetics The aesthetics of the cloth toy is embodied by the image structure, color features, touch feeling, etc. If it is a vocal action toy, there are movements and sounds to increase the fun of the toy. The image structure refers to the appearance of a realistic and attractive seductive state, beautiful appearance, beautiful body shape curve, requires creative beauty, especially familiar with the natural characteristics of the image, exaggerated anthropomorphic nature, skillful analysis of the piece experience, good drawing expression ability. It can be said that the design of the beautiful image structure runs through a series of aesthetic thinking.
5. Safety Because toys are a consumer product, it is required to be safe. With the development of toys, more and more safety rules have been formulated, and different toys have different ages and requirements. Different regions have different safety rules, but the core is not to cause harm to the health and thoughts of toy consumers. .
6. Operability The velvet toy is a handicraft. Although it realizes industrial production, it also requires the specific operation of the workers. The realization of a design product must be easily understood and manually operated by the workers. It can be operated quickly, which not only meets the requirements of the designer, but also improves the production efficiency.
In the process of opening a lot of stuffed animals, the shape is not accurate, not vivid enough is a common problem. When making a toy sample, it takes a lot of time to adjust the product effect. But now many of them are operated from the original manual to the computer or machine. The Yaxun plush toy three-dimensional system is an industry software specially developed for sewing the plush toy manufacturer/industry. It can realize the functions of modeling, opening, and counting. In addition, the shape generated by the sample is accurate and vivid, and the sample can be automatically generated. In the application of the sample, a large amount of time is saved, and the three-dimensional shape is adjusted in multiple directions, more vivid and more spiritual, and the product shape is attractive. Bright, you can win a large number of diverse orders. And the overall cost of production is also reduced, production is faster, and can bring more benefits to the enterprise.