As we all know, Christmas was set up to celebrate the birth of Jesus, but the Bible never mentions that Jesus was born on this day. Many historians even believe that Jesus was born in spring. It was not until the 3rd century that December 25 was officially designated as Christmas. Nevertheless, there are still some Orthodox churches that make January 6 and 7 as Christmas.

In the twelfth lunar month more than 1,300 years ago, the Emperor of the Tang Dynasty celebrated the birth of Jesus to the Nestorians in the Daming Palace. He distributed incense cakes to the believers and feasted on the monks. This is the only record of Christmas in the Tang Dynasty in historical materials. This moment was forever engraved on the “Da Qin Nestorian Popular China Monument” built by Dezong in 781 AD. According to the “Preface to Miscellaneous Poems and Sutras”, Jesus at that time translated it as “Moving Mouse”, “Mo Yan” means the Virgin Mary, and “Cool Wind” means the Holy Spirit.

Christmas is originally a religious holiday. In the nineteenth century, the popularity of Christmas cards and the appearance of Santa Claus made Christmas gradually popular. After Christmas celebrations became popular in Northern Europe, Christmas decorations combined with winter in the northern hemisphere also appeared.

From the beginning of the 19th century to the middle of the century, Christmas began to be celebrated throughout Europe and America. And derived the corresponding Christmas culture.

The spread of Christmas to Asia was in the mid-nineteenth century, and Japan, South Korea, and China were all influenced by Christmas culture. 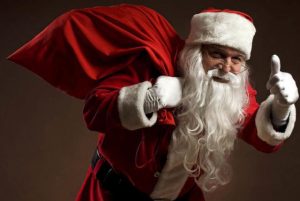