Mushrooms are composed of two parts: mycelium and fruiting bodies. Mycelium is a vegetative organ and fruiting bodies are reproductive organs. Mushrooms differ from plants in that plants can be used for photosynthesis, while mushrooms cannot. Mushrooms are fungi and can be divided into large fungi and small fungi (including epiphytic fungi). Mushrooms have as many as 36,000 species, which are germinated into mature hyphae. The hyphae are multi-celled, have a transverse septum, and are elongated by the growth of the apex, white, slender, bristly, and gradually become filamentous. The hyphae are conjugated to each other to form a dense population called mycelium. After the mycelium was spoiled, the dark brown culture became pale brown. The fruiting body of the mushroom is like a small open umbrella when it matures. It consists of a cap, a stipe, a pleat, a ring of bacteria, and an endomycorrhizal. 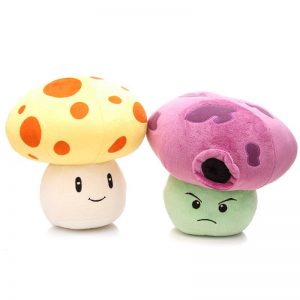 Mushrooms are widely distributed throughout the earth and are most abundant in the deciduous areas of the forest.

Forests and woods are ideal growing places for mushrooms. The woods are the most productive places in all mushroom growing areas. Due to the different species, the yields are different, and the forms and types are different. Mushrooms can decompose dead leaves and leaves in the woods, providing minerals to other plants and promoting plant growth.

In the forest edge area, there are often a lot of mixed forests and bushes, which are also ideal places for mushrooms. The mushrooms grown here are easy to collect and produce more.

A grassland is a place where the mushroom species are small and fixed. This place is rich in fungi such as mushrooms and ghost umbrellas. It can be eaten basically. Occasionally, it grows toxic species. Mushrooms grow here and often form mushroom loops.

This place is specialized in producing poisonous mushrooms, but there are still several medicinal products. The mushrooms on the dung piles are rarely collected due to the smell of feces. Most of them are hallucinogenic fungi and cannot be eaten. 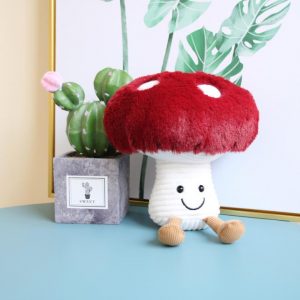 Many mushrooms contain carotene, which can be converted into vitamin A in the human body, so the mushroom is also known as the “treasure of vitamin A”.

Mushrooms have a sixth taste in addition to sour, sweet, bitter and salty – umami. When they are mixed with other foods, the flavor is excellent and it is a good “delicious supply”.

Other fresh vegetables and fruits are free of vitamin D, with mushrooms being an exception. Moreover, the vitamin D content is very rich, which is beneficial to bone health.

The antioxidant capacity of mushrooms is comparable to some brightly colored vegetables such as zucchini, carrots, broccoli, and red pepper. 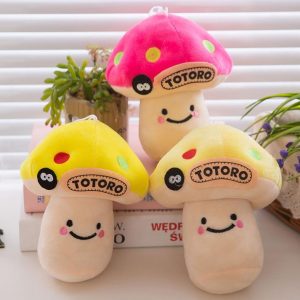 All kinds of mushrooms plush toys we can custom and design for you.