Losing my mother, the little monkey clings to the plush toy 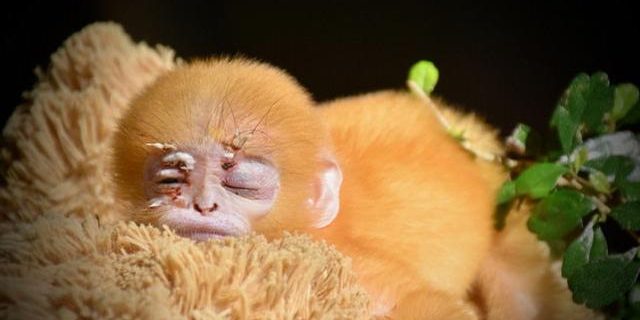 Among the photos is a poor little monkey. During the attack, its mother died, unfortunately. In order to give it a warm embrace, the staff brought a plush toy to it. After receiving the plush toy, The little monkey cuddled on the toy, and for a long time, he did not want to leave, making people fearful.
This little monkey is from Thailand. It belongs to the male yurt langur. These monkeys are endangered species and they play an important role in the forest. Not only can the langurs have an effect on the food chain. 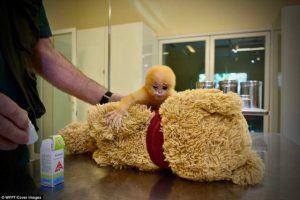 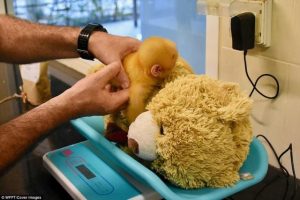 Since the umbilical cord on the belly of the little monkey has not yet fallen, the staff estimated that it was only a week old. In order to make the monkey recover soon, it was sent to the WFFT Wildlife Hospital after being found.
Because the little monkey is very small, it is very difficult for the staff to take care of it. After a period of nursed back to health and treatment, the little monkey gradually recovered its health. In the photo, the staff is feeding the baby monkey with a bottle. 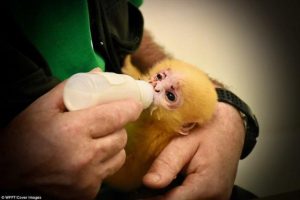 It is understood that the number of wild dogs in Thailand is close to 1 million. These wild dogs often kill local wild animals. In the photo, the face of this little monkey is bitten and full of scars. It is not long before it loses its mother. The care is heartbreaking. 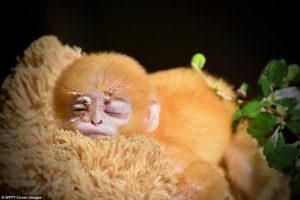 What are the good methods and techniques for storing plush toys?
2021-12-21

What are the hazards of inferior plush toys to children’s health?
2021-11-30
Stuffed Animals Category
Other Plush Toys
New Product: